6 • The World Through Sound: Acoustic Medium

Welcome to the sixth installment of The World Through Sound. Last time we discussed one of the most popular units for measuring sound, the decibel , and gave a few rules of thumb to help even a non-scientist make sense of decibel values. In this edition instead of talking about the sounds themselves we will discuss what sound moves through: the acoustic medium. We will also talk about how, while you may not be able to hear anything there, it’s not quite true that there is no sound in space.

It is fairly common to think of a sound as an object, like some sort of invisible projectile. Indeed, some ancient Greek natural philosophers believed that a word was a physical thing whose shape was altered by the mouth as it passed out into the world. In truth, sound is little more than a disturbance passing through some material that carries energy, be it gaseous, liquid, or solid. The material that the sound travels through is what we call the “acoustic medium,” and without an appropriate medium, sound cannot travel at all!

This begs the question, though, what makes something an “acoustic medium”? In truth, pretty much anything can be an acoustic medium. Liquids, solids, gasses, and even more obscure forms of matter like plasmas can support sound and act as acoustic media. Materials can be pure, mixed evenly or unevenly, or arranged in unusual patterns, and still support sound. About the only “thing” that cannot support sound is the absence of matter: a vacuum. A vacuum does not have any matter for sound to travel through, and as a result sound cannot exist.

This little quirk about sound has worked its way into the public consciousness through the famous tagline for the movie Alien: “In space, no one can hear you scream.” Indeed, sound in the human hearing range cannot travel through the vacuum of space, meaning that many of your favorite space battles from Star Wars or Star Trek should have been a lot quieter than shown on film. But what if I were to tell you that while sound you hear cannot travel through space, that does not hold true for sound you can’t hear?

A common phrase used to describe a proper acoustic medium is that it needs to be “continuous.” At the smallest scales, all materials are made up of individual atoms with space between them. For a sound wave to pass through that material, those atoms need to be really close together, to the point where it acts like a single object, called a continuum. A vague phrase like “really close” should tip you off that this is all a matter of scale as discussed in my previous article on wavelength, and indeed we will see that for incredibly long wavelengths, far longer than anything a human can hear, even the vacuum of space can look like a continuous medium. 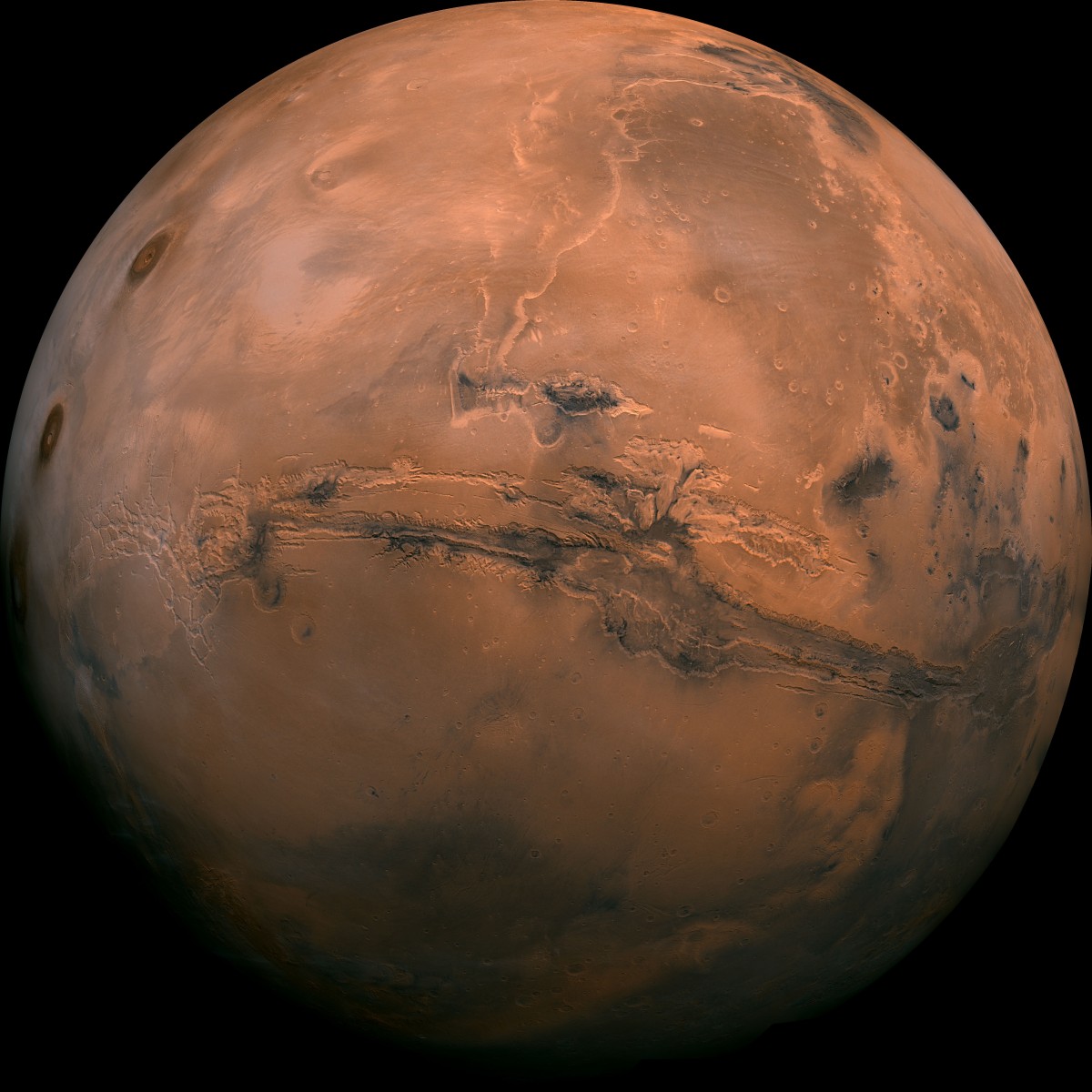 ’It’s true, you know. In space, no one can hear you scream like a little girl.’― Andy Weir, The Martian” Photo credit NASA.

To understand this, we must first talk about what constitutes a “vacuum.” A vacuum is simply the absence of matter, with a perfect vacuum being the complete absence of matter such that not even a stray hydrogen atom remains. While making even an imperfect vacuum on Earth is difficult (Aristotle famously claimed that “Nature abhors a vacuum”), outer space is often described as a near perfect vacuum, with only a handful of particles per cubic meter. But a handful of particles is more than nothing, and that makes all the difference.

As with any relative relationship, we want to compare two similar values. In this case, we want something to compare to a wavelength, so the value needs to be some sort of distance. The value to consider is known as the “Mean Free Path,” the average distance that a particle moves between interactions. At ambient pressure, this distance is measured in nanometers, thousands of times smaller than even the shortest wavelengths that humans can hear. As a result, air at ambient pressure is very continuous, and sound can move through it very easily. In space, however, the mean free path can be much larger. As mentioned above, there are a small handful of particles in every cubic meter of space, but because these atoms are so incredibly tiny, they interact very rarely. In our own solar system, for example, the mean free path is about 10,000 km, larger than the width of the Earth! For a medium to be continuous on this scale, the wavelength of sound it carries needs to be truly tremendous!

At this point you may be thinking this is all just theoretical nonsense. Wavelengths larger than planets? This likely seems absurd. But as it turns out, scientists have observed these sorts of signals on scales that make even our solar system look tiny. There are sound waves out there as big as galaxies!

Deep in space, far outside of our own galaxy, lies the Perseus cluster, a massive grouping of galaxies, and one of the largest objects yet observed. While this cluster is often described as a gas cloud, the gas itself is very rarified. In fact, the mean free path in the densest portion of the cloud is still around 100 lightyears[1]! Yet, even in such a thin cloud of gas, sound can be found. In 2003, observations found waves emanating from the supermassive black hole at the cluster’s center[2]! Their wavelength was around 32,000 light years long, making the 100 lightyears between interactions seem acceptably continuous. As a result, even in space, this black hole can still “scream.” 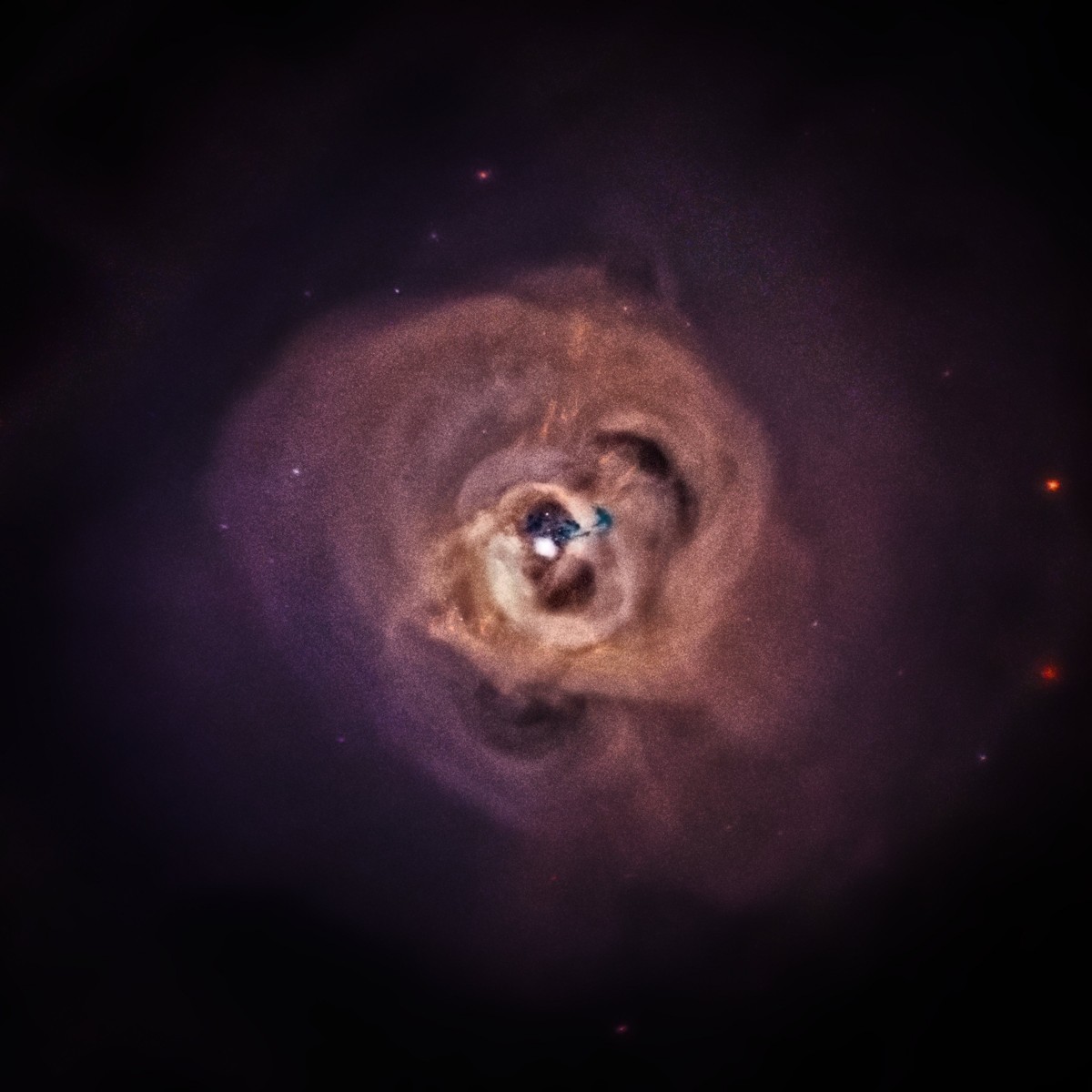 The unusual ripples of the Perseus galaxy cluster are believed to be sound waves emanating from the black hole at the center. Photo credit NASA

In our own solar system, this concept is still important. For sounds a person can hear (called audible frequencies), our atmosphere seems quite continuous. On the surface of Mars, though, these same frequencies would not carry very far. Yet some of the lowest frequencies, with wavelengths of tens of meters, might actually go far enough to be heard. If the recent movie “The Martian” wanted to have a realistic soundtrack that could be heard on the surface of the red planet, it could be done, though it would need to be nothing but the deepest bass imaginable.

Hopefully it has become clear that what makes a proper “acoustic medium” really depends on the sound in question. In the next article we will consider one of the most important features of any acoustic medium, known as its acoustic impedance. We will also talk about how horns actually work, and the answer may surprise you!