Back Row Left to Right:

The ASA Strategic Leadership for the Future Summit took place on 12-14 January 2015 at the Hyatt Lost Pines Resort near Austin, TX.

The goals of the Summit, as described in the Summer 2014 issue of Acoustics Today, were for ASA to:

More than 65 ASA members attended, representing all of the Society’s technical areas. Attendees included students, early career and experienced acousticians, ASA staff, current and former Executive Council and Technical Council leaders, and members from the US and around the world.

ASA’s consultants for this project, Cate Bower and Marybeth Fidler of Cygnet Strategy, LLC, served as facilitators for the Summit. They are highly experienced professionals in future planning and have consulted with dozens of science-based organizations across many disciplines. Julie Stewart of Making Ideas Visible created colorful graphic murals of the dialogue. Look for these murals at upcoming ASA meetings – members will be encouraged to contribute their own thoughts and ideas. 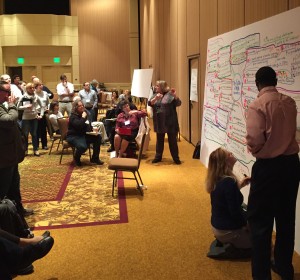 Over the course of three days, participants engaged in a wide range of activities directed at identifying current strengths and weaknesses for ASA, determining what ASA should anticipate in the next 10 years, and then establishing the priorities for ASA in the future.  One of the highlights of the Summit was an extended discussion of what will constitute success in the future – what ASA should look like in 10 years to its members and others. In this exercise, members created a “mind map,” linking various ideas for future directions and growth. Ultimately, participants grouped ideas and voted on those areas deemed most important, which became the basis for discussion about priorities.

While considerably more can and will be generated from the work at the Summit, it is clear from the initial discussions that the highest priorities for the next several years include:

The next step in the strategic planning process is the Executive Council Strategic Planning Session, scheduled for 30-31 March 2015 in Melville, NY when Cate Bower and Marybeth Fidler will review detailed results of the Summit with the Executive Council. Further work and discussion will generate a draft strategic plan, which will be shared broadly with ASA members to solicit further review and comment. The action plan will include clearly articulated priorities, goals, and objectives to focus and guide ASA’s energies and resources over the next 3-5 years. 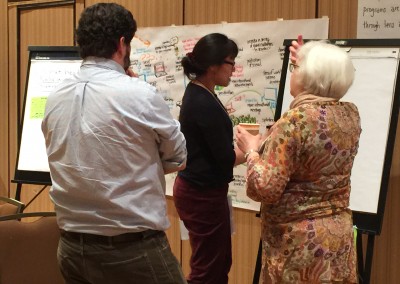 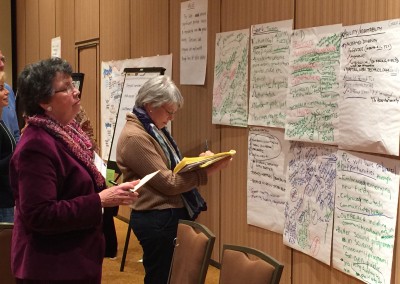 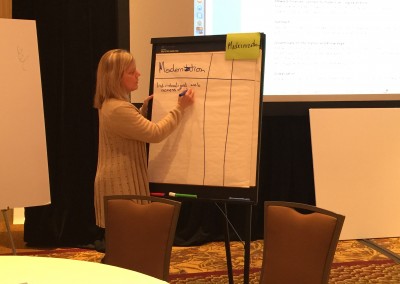 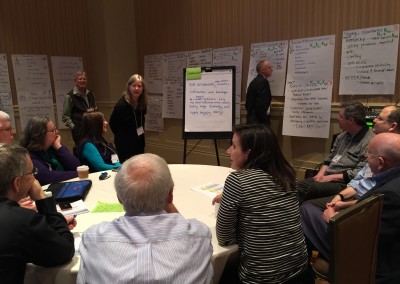 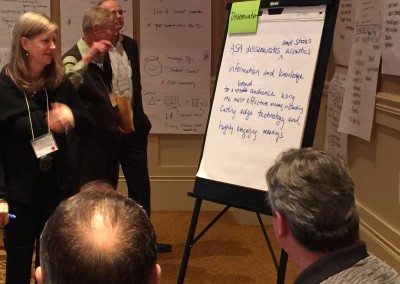 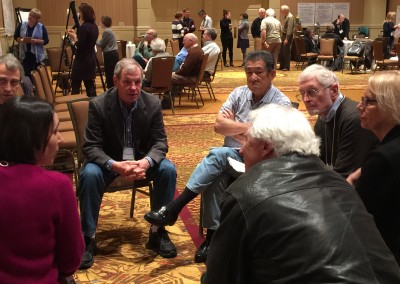 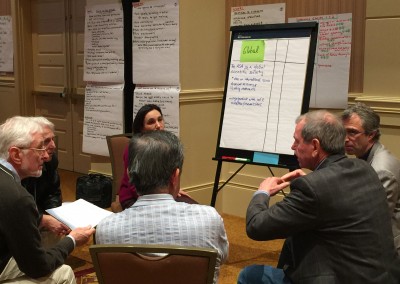 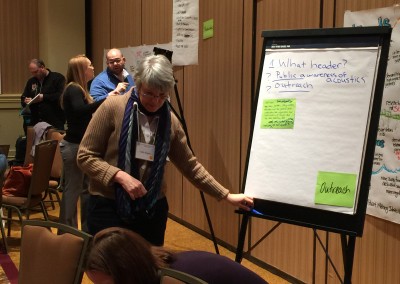 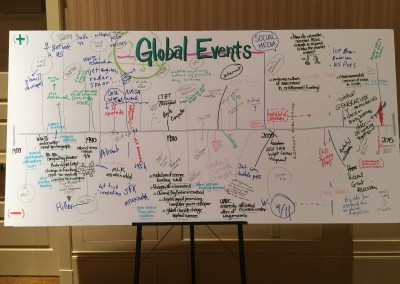 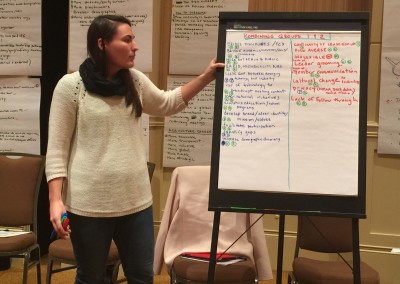 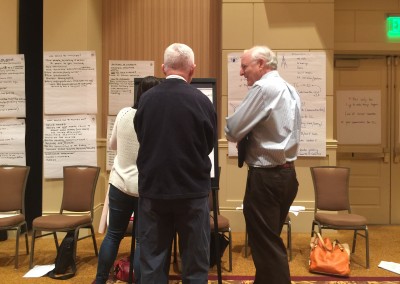 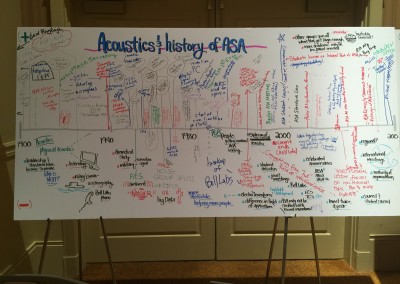 History of Acoustics and ASA 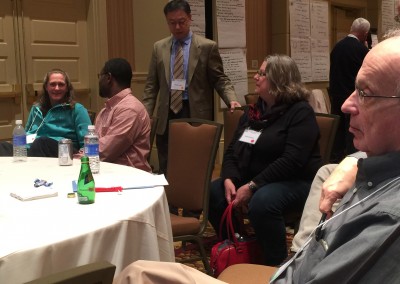 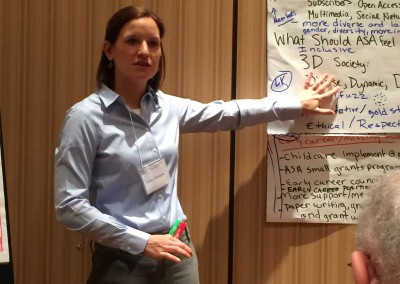 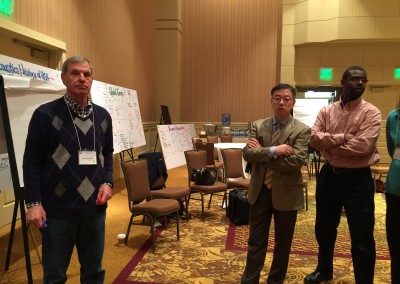 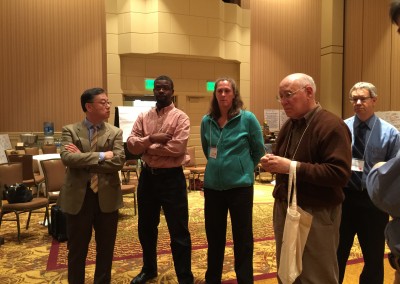 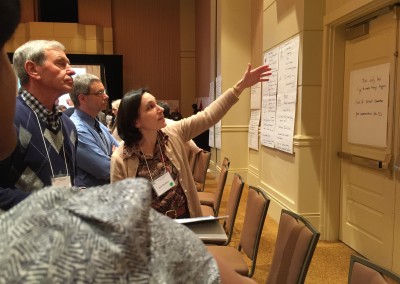 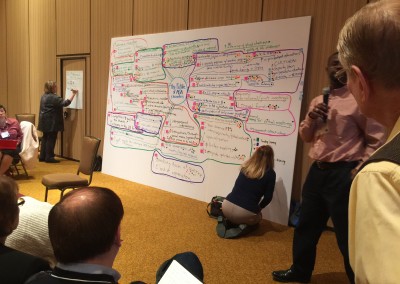 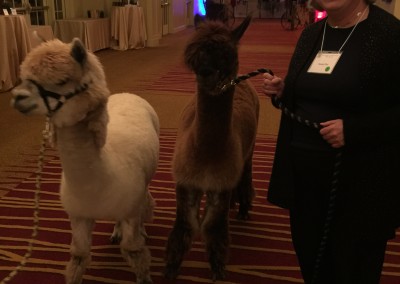 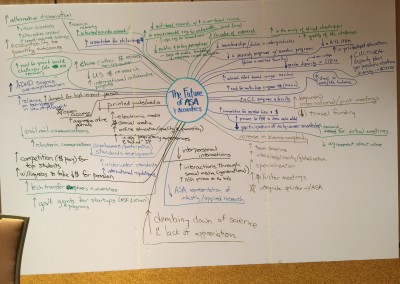 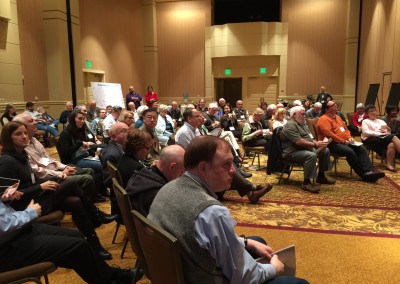 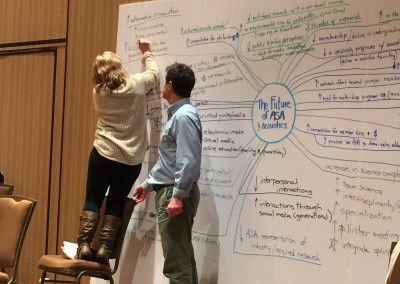 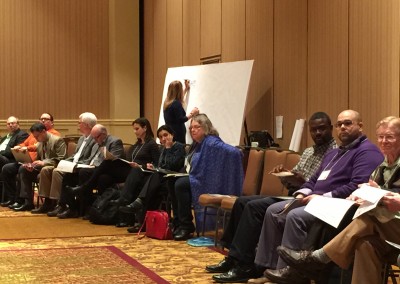 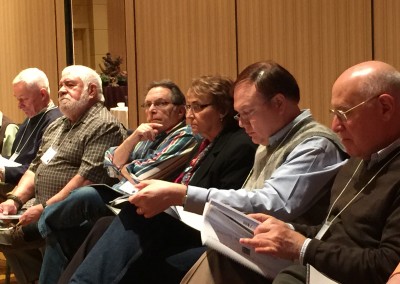 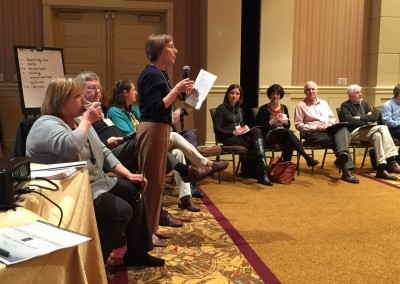 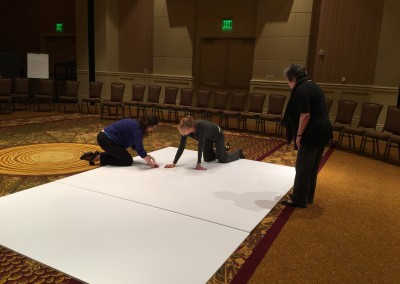