Among the list of the Acoustical Society’s Gold Medalists, there is a recipient whose contributions to the Society are intriguingly summarized: “for fundamental contributions to physical acoustics and biomedical ultrasound and for innovative leadership in electronic publishing,” Robert E. Apfel was the 2002 recipient of the Society’s highest award. In the course of his career, Apfel (known as “Bob” to his colleagues and students) created lasting legacies in both basic science research and scientific communication. Anyone who has ever read, reviewed, or submitted a publication of the Acoustical Society online reaps the rewards of Apfel’s work.

Apfel (Figure 1) was born in 1943 and graduated from Tufts University in 1964 with a thesis about the acoustics of a much-detested auditorium on campus (Holt et al. 2002). He was quickly noticed by the prolific acoustician Frederick Vinton (Ted) Hunt, who invited him to complete a doctoral degree at the Acoustics Research Laboratory at Harvard University, As a graduate student, Apfel enjoyed a level of productivity and soon, acclaim, that many scholars would envy. Upon arrival at Harvard, he set about developing methods to measure the tensile strength of liquids using acoustic waves to “levitate” droplets. The experimental approach resulting from this work was soon shared in Nature Physical Science (Apfel 1971) and also in Scientific American (Apfel 1972; note that this article is especially accessible for curious readers without a background in physical acoustics). Further recognition for his innovation came from the Institute for Acoustics in the United Kingdom, which bestowed its second-ever A.B. Wood Medal and Prize upon Apfel. Not long after, the Acoustical Society honored him with the 1976 Biennial Prize, which is now the R. Bruce Lindsay Award.

Within a year of graduating from Harvard, Apfel accepted an assistant professorship at Yale University, where he made his scientific home for more than three decades. Through his career, Apfel addressed a broad range of topics in physical science through the lens of acoustics and engineering: he proposed a new method for detecting neutrons (Apfel et al. 1985), investigated the potential safety risks of diagnostic ultrasound (Apfel and Holland 1991), and produced several theoretical works on the interactions of acoustic forces (Zheng and Apfel 1994, Chen and Apfel 1995). He also designed several experiments that were carried out on NASA’s Columbia space shuttle missions in order to take advantage of the low-gravity environment. During his long tenure at Yale, Apfel advised 28 doctoral students and 12 post-doctoral students (Ketterling et al. 2013).

Apfel is notable not just for his influence in physical acoustics, but for his leadership and far-reaching vision as a member of the Acoustical Society. Apfel assumed the vice-presidency of the Society from 1994-95, and the presidency from 1995-96. His presidential address radiates with conviction that scientists are beholden not only to professional societies and the academic community, but the nation at large (Apfel 1996, pp.1948):

“We are the science rich, and we owe a debt to the very democratic system that made our success possible. The role of this Society is to facilitate your interactions regarding acoustics outside the Society, in your schools and communities, where science education and community involvement beckon.”

Perhaps the most prescient note in the 1996 presidential address, though, regarded the future of publishing against the backdrop of the growing internet (pp. 1947):

“If we are going to surf this net, we might as well ride near the top of the wave, lest we wipe out beneath the froth. If we keep our balance, then in the year 2016, you can go to your computer and call up any article you want. It will contain not only text and graphics, but color images, video, sound, of course, and data, in the form of spreadsheets and computer programs. It will permit automatic links to other articles, and you will probably be able to send a message to the author directly from the midst of his or her article. Quite a vision!”

Not all of Apfel’s visions have yet been realized: he might be surprised to learn that today, it is still the exception and not the rule to share data and programs with scientific publications. But at a time when few professional societies offered online journals or submission procedures, he correctly identified that electronic publishing was an inevitability to be faced head-on. As president, he initiated an electronic abstract submission service, regular publication of the journal on CD ROM, and a Society website. In 2000, the Society’s first fully electronic journal, Acoustic Research Letters Online, launched. Today, this journal continues as JASA Express Letters, an open access journal.

In 2002, Apfel’s contributions to electronic publishing were recognized with the Acoustical Society’s Gold Medal. His colleague Lawrence A. Crum noted that at the time this award was made, Apfel was considerably sickened with cancer (Crum 2002). Despite his illness, Apfel accepted the medal in person and gave an acceptance speech. The 2002 meeting took place in Pittsburgh in early June, and Apfel passed away on August 1 in New Haven, Connecticut, at the age of 59.

Apfel wrote and self-published a book, Deaf Architects and Blind Acousticians? A Guide to the Principles of Sound Design, which was an introduction to architectural acoustic intended for a diverse audience. This book is available for purchase online. 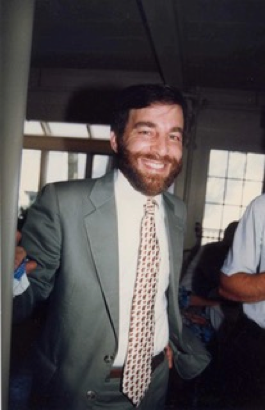 Chen, X., & Apfel, R. E. (1996). Radiation force on a spherical object in an axisymmetric wave field and its application to the calibration of high‐frequency transducers. The Journal of the Acoustical Society of America, 99(2), 713-724.